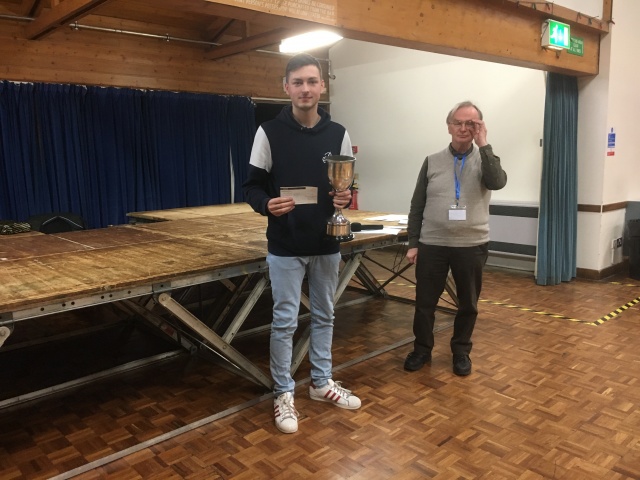 Witney’s Marcus Harvey had already finished first equal (with David Zakarian) in the Open section at the November Witney Congress, which formed the first leg of the Oxfordshire Individual Chess Championship for 2018-19. With outright victory at Kidlington, where David was not playing, he clinched his first Oxfordshire Individual title with two rounds of the second leg to spare, amassing a total of 8.5 points out of 10.

Phil Hayward (Oxford City), who shared the U190 grading prize at Kidlington, finished in second place in the Oxfordshire Championship with a total of 5/10.